Follow us on Twitter @PolliticsToday for more insight, commentary and updates concerning this blog or “LIKE” us on Facebook.  To get alerts on our newest articles, sign up for our alert system.  Seriously, do those things; we could use more followers and support!

We have made continuous updates to our Taking Back The House series and I have created a master database of all the races we have highlighted and links to all the prospective Democratic candidates.  We continue to edit it as news on races emerge and we hope you follow it.  For the master list, please click here.
_________________________________

In honor of this beautiful day in New Jersey, I decided its time to dust off the keyboard, move away from New Jersey politics and deliver a new edition of Taking Back The House!  When we were last with you, we were looking at Lee Terry and a bevy of potential opponents in Nebraska.

This time we decided to go into more Democratic territory and head over to the 23rd congressional district of New York and check out Rep. Tom Reed and his electoral prospects.  As always, we will look at why we believe Reed could be toppled sooner rather than later and who is challenging him.

So with all of that out of the way, let’s meet Rep. Tom Reed. 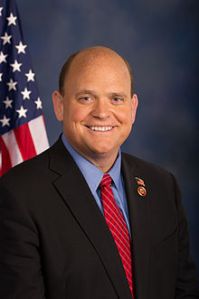 Tom Reed was elected in the wave of 2010, succeeding the memorable and highly bizarre Eric Massa.  Massa would resign as opposed to running against Reed, which was probably a good thing as Eric Massa needed to get as far away from the spotlight as possible, and Reed had no problems marching to victory.  Before being a Congressman, Reed was the Mayor of Corning, New York and served one two-year term there.  He was also a Division III All-American swimmer and that’s about all that’s interesting about Mr. Reed.

Unfortunately Shinagawa announced earlier in the year that he would not be seeking a rematch against Reed, which is a shame because he ran a helluva campaign all things considered.

However, fortunately for Democrats, they seem to have a fairly credible candidate in Martha Robertson who is Chair of the Tompkins County Legislature.  Robertson seems to be very well-connected to Shinagawa who has been promoting her on his Facebook page (unity is always a good thing and by all indications, Shinagawa knows this district) and she has been endorsed by EMILY’s List.  She does appear to be a very solid candidate in this slightly red district and is worthy of some excitement.

Why We Can Win This:

Well the Democrats squandered a good opportunity to swing this seat in 2012 but I don’t believe its out of the ballpark yet.  Shinagawa ran a great campaign and only raised a bit over $800,000 while Reed brought in over $2 million.  Democrats can do a pretty solid job here though it remains to be seen how well they can do without President Obama on top of the ballot.

Nonetheless, Andrew Cuomo will top the ticket in 2014 and that isn’t an awful thing but I wonder how he is perceived in this district.

But if Reed can slightly underperform even when he was outraising his opponent, it does cause question for concern and Martha Robertson seems to be promising.

Links You Oughta Check Out: